A significant impact was made in the corporate world by the Companies Act 2013 through the provision of doing business in India in an easy way. On 5th June 2015, the Ministry of Corporate Affairs(MCA) posted a draft notice to be published in Official Gazette announcing some exemption to Private Companies. Although there is no effective date in the Notification, this notification came into effect on the date of its publication in the Official Gazette.

But this Act removed several exemptions that were being enjoyed by the private limited companies in the Companies Act of 1956.  The article below gives a brief description of the exemptions which are with the Private Limited Companies under this act. Based on the people and the feedback told by the individuals and experts, there have been several revisions of the Act relaxing a few provisions, thus targeting a business-friendly India.

A notice was issued by exercising powers that were consulted to the Central Government by clauses (a) and (b) of section 462(1) and in presence of section 462(2) of the Companies Act, 2013. The MCA has also revised the Companies (Incorporation) Rules 2014 many times with its amendment, which came into power on January 1, 2017.

The certain exemptions present are connected to the following provision.

Must Read: Executive and Non-Executive Director

According to the Companies Act of 2013, companies need to get the board’s approval. Or a special resolution with the shareholder’s consent regarding the relatable party transactions. The Act has revised the definition of the term “relatable party” provided in the clause (76) of section 2, in relation to section 188 of the Companies Act. Whereby the transactions of a private limited company with excused entities will not be considered a “related party transaction”. And will not require compliance with the provisions of Section 188 of the 2013 Act.

Therefore, the exempted entities for any of the contract or arrangement between private companies are

And the holding company, to which this type of private company is a subsidiary, will not need permission from the Board of Directors or shareholders in some cases.  In short, these companies don’t need to comply with provisions of section 188 of CA 2013 for such transactions.

The compliance requirements that need disclosure of the related party transactions will continue to apply to a private company.

Therefore, the provisions existing previously as per Section 188 of the Act with regard to restrictions on the related party shareholders have been lifted. And these types of related parties are allowed to vote at a general meeting of the shareholders for a resolution to approve any contract or arrangements between both the company and the related party.

It is important to note that even though the exempted entities are excluded from the definition of a ‘related party’, except for the Director, the Key Managerial Personnel of holding companies. Also their relatives will continue to be in the scope of the related party.

In addition to this, the transaction between both private companies where the directors or the managers are in the same power in another is considered as a related party transaction in spite of the exemption given as per Section 2(76)(viii).

These exemptions help a company not to consider any type of transactions recorded by a private company along with its:-

The allowance for related parties voting is a huge relief to the private limited companies having disinterested members.

The relaxation can help private companies to raise capital and issue special classes of shares to the investors. According to the experts, relaxation will avoid problems in structuring shares. And can earn priority on the

to vote on an as-if-converted basis. The exemption to private companies will also help in structuring the returns and liquidation preference to foreign investors. 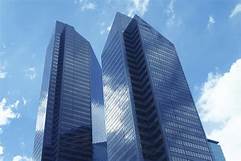 The revision made to the Companies Act of 2013 restores the powers of the private limited companies to follow their own procedure of conducting the general meeting. These meetings will be held by incorporating the provisions as per their articles of association.

As per the exemption, the private limited companies got the flexibility for deciding their own procedure for conducting the general meetings by incorporating the provisions in their articles of association. Therefore, private companies need to suitably amend their articles and stipulate required provisions.

The companies are needed to file copies of Board Resolutions passed in matters connected with 179(3) of the Act with the Registrar of Companies. In accordance with Section 117 (3)(g) of the Companies Act of 2013. The private companies are exempt from filing such resolutions and agreements with the ROC.

The resolutions are connected with

With regard to Rule 8 of the amended companies, Board Meetings, and its Powers, Rules 2014 are not required to be filed with ROC. In short Private companies are free from filing MGT-14 with the ROC on various provisions as per section 179(3) and rule 8 of the amended Companies (Meetings of Board & its powers) Rules, 2014.

With the exemption, private companies are now free from the general meeting compliance requirements. Therefore, the public access to Board Meeting proceedings of a private limited company is over.

Under Section 141 (3) (g) of the Companies Act of 2013 an auditor who is in full-time work or in the capacity as the auditor of more than 20 companies at the date of appointment or reappointment will stop to be the auditor of the company.

The exemptions that are available to the private companies with the Directors can be discussed under:-

The individual who wishes to stand for directorship has to deposit 1 lakh rupees and 14-day notice with regard to such intention for directorship. The same procedure is not applicable for retiring director, as per Section 160 of the Act.

Under Section 162 of the Act, the voting for appointment of two or more directors has to be done individually. And only a single resolution won’t take into account even if it is ratified unanimously by all the shareholders.

Impact of the exemption:

Through the exemption to private companies, they require less compliance with regard to the appointment of directors.

The exemption notification resolves the issue by giving permission to the participation of the interested director of a private company in the board meeting after disclosing interest.

It is important to note that the relaxation is subject to the director providing the disclosures of his interest in prescribed form before he involves in the meeting.

As per Section 185 of Companies Act of 2013, Exemption to Private Companies, the company is not having permission to give loans to its directors or to any other person in which the director shows interest.

The Exemption To Private Companies notices give permission to private limited companies for granting such a loan as per the provisions of Section 73 and are as follows:

Under Section 180 (1) of the 2013 Act, Exemption To Private Companies, the board of directors needs to take approval from shareholders at a general meeting through a specific resolution for certain transaction including

With these exemptions, private companies can avoid unnecessary delays in getting the shareholders’ approval and thereby facilitating the ease of operation.

In India, a lot of start-ups are beginning as private companies. In the budget, many relaxations have been given for start-ups by an exemption to private companies. It is clear that the government has the number of expectations of the startup community. And is willing to make some changes to accommodate them.

For specialist advice related to your specific circumstances Call us at +91 8750008585  or send your queries to contact@legalraasta.com. Or you can download our  LegalRaasta APP for easy access on mobile.