Section 143 of the Companies Act 2013 requires reporting on CARO. It states that certain class or description of companies shall include a statement on a few, particularly specified matters. CARO 2016 mandates that the auditor’s report of these specified companies must include this statement. In other words, this order lists down the matters on which an auditor is required to report.

Section 143(11) provides explanations and clarifications on these specified matters, which the auditors are required to report. It includes specific guidance on each clause of the Order, relevant provisions of the Companies Act, 2013, etc.

Applicability of this order The applicability of CARO 2016 can be better understood by going through those companies that are excluded from its purview. The companies which have been exempted are explained below with detail.  Hence, Auditing Requirements for such companies need not follow CARO requirement.

In other words, CARO is applicable to the following types of companies:

It is Mandatory to Comply:

Section 143(11) clearly says that the Central Government may order for the inclusion of a statement on the specified matter in the auditor’s report for the specified class or description of companies. Hence, CARO 2016 has to be filed by the statutory auditor of every company on which it applies.

Specified Matters to be included in CARO 2016 Report

Below are major areas that have to be provided in the Auditor Report under CARO. If the answer to any of the questions is unfavourable or qualified, the auditor’s report must also state the basis for generating such unfavourable or qualified answer. Moreover, if the auditor is unable to express any opinion on any specified matter, then the report must indicate the fact. Along with the reasons as to why it is not possible for him to present an opinion on it.

Following matters are to be included in the Auditor’s Report relating to the Fixed Assets of the company:

Following matters, relating to the inventory of the company, should be included in the Auditor’s report

III. Loans Given by Company

Whether the company has granted any loans(secured or unsecured) to any related parties covered under Section 189 of the Companies Act. 2013. If yes, then check for the following:

IV. Loan to Directors and Investment by the Company

Whether the Grants or Loans to Directors are in order and compliant to the limits prescribed? The provisions u/s 185 and 186 are to be complied with, in cases of loan, investment and guarantees. If not, whether details are provided?

Whether the company has accepted any deposits? If yes, have they followed RBI’s directives stated as under:

Where the maintenance of cost records under sec 148 (1) of Companies Act, 2013 has been specified by the Central Government, then whether bookkeeping and accounting have these records?

Following items must be reported for statutory dues and disputes of taxes and duties:

Whether the company is regular in depositing statutory dues with the appropriate authorities like:

If it is not regular in doing so, the extent of the dues, on the last day of the financial year, for a period of more than 6 months from the date they payable, have to be reported.

If the company has defaulted in repaying loans or borrowings to financial institutions. Such as banks, government, debenture-holders, etc. Then the amount should be reported along with details about the lender.

IX. Utilization of funds from IPO or other public offers

The company Raising Capital for Business through IPO or another public offer (including debt). Were they applied for the respective purpose? If not, the details together with any delay or default should be stated.

Whether any fraud by the company or on the company, was noticed during the financial year? It might have been committed by any officers or employees. If yes, amount and nature of such fraud have to be reported.

Whether the limits prescribed u/s 197 of the Company’s Act 2013 for payment of Remuneration of Director and other managers have been adhered to? If not, report the amount involved and steps for recovery being taken.

In case of a Nidhi company, whether below has been complied with?

i. Maintaining Net Owned Funds to Deposit Ratio of 1:20 to meet out the liability, and

ii. Maintaining 10% unattached term deposits, as specified in the Nidhi Rules, 2014, to meet out the liability.

Whether all transactions with the related parties or associates are compliant to Section 177 and 188 of the Companies Act 2013? Also, the details have been disclosed properly in the financial statements as required by the Accounting standards?

Whether the company has made any preferential allotment or private placement of shares or fully or partially convertible debentures during the financial year? If yes, whether the rules u/s 42 have been complied with? The amount raised, has been utilized for the stated purpose? If not, then state the amount and the reason.

When the company entered into any non-cash transactions with the directors or the persons connected with him, if the conditions are in the compliance with Section 192, of the Companies Act 2013. If not, report the non-compliance.

Has the Company Registration been done u/s 45-IA of the Reserve Bank of India, 1934, if applicable? If yes, whether the registration has been obtained or not?

In the case of unfavourable or unqualified answers to the points raised in the above points, then the following should be reported:

Auditor’s report shall also state the basis for such unfavourable or unqualified answer, as applicable. When he is unable to express an opinion, then Auditor’s report should state the facts as well as the reasons as to why it is not possible for him to give his opinion.

The MCA in the CARO 2016 order has made some changes to the requirements, from the CARO 2015. It now requires the following information to be included:

For more details regarding the various compliances that your company may need to meet, visit our website LegalRaasta. You can also call at +91 8750008585 or email at [email protected] 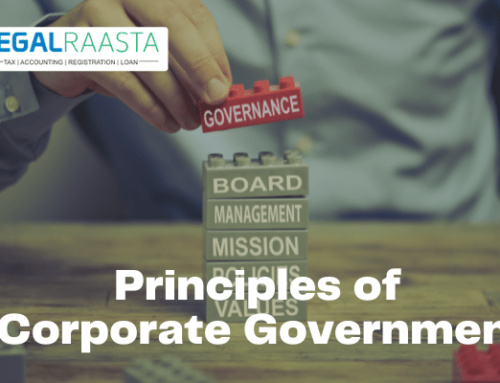